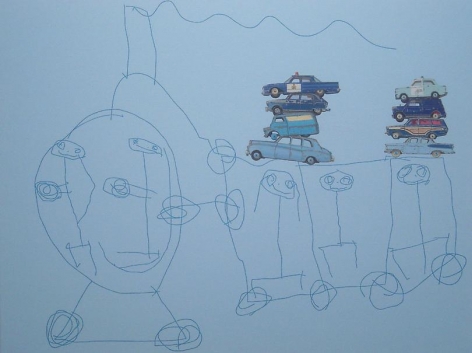 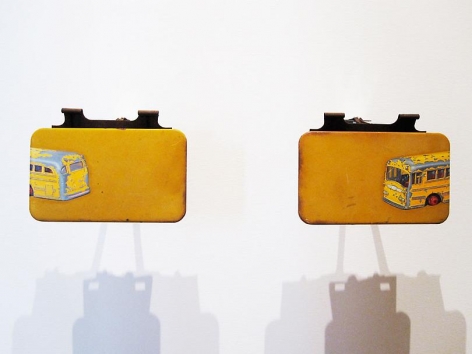 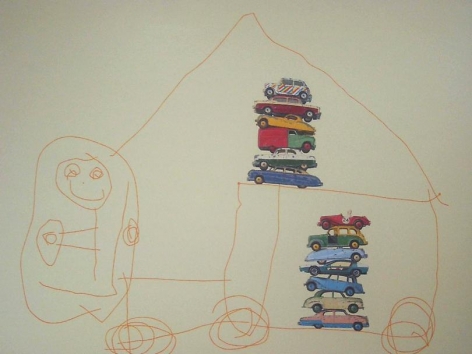 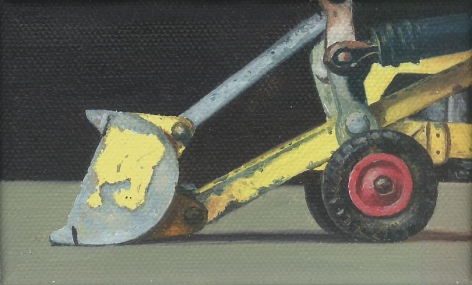 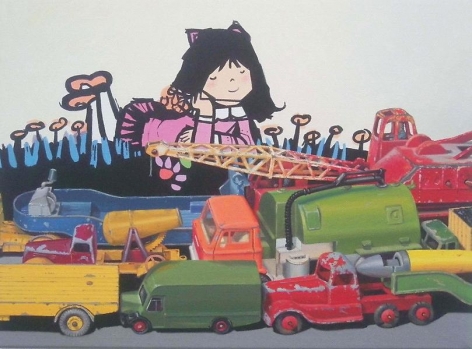 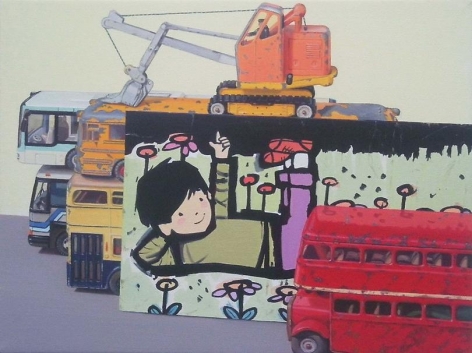 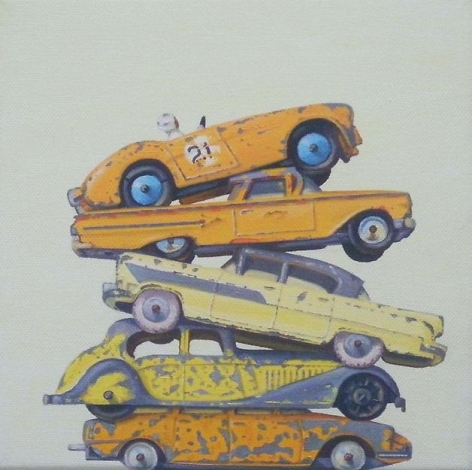 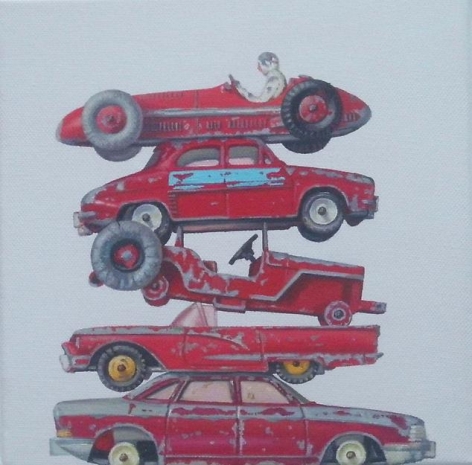 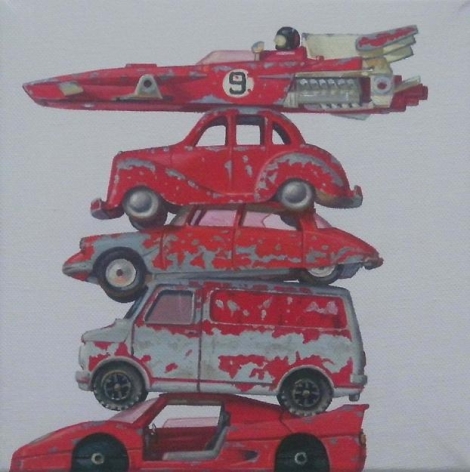 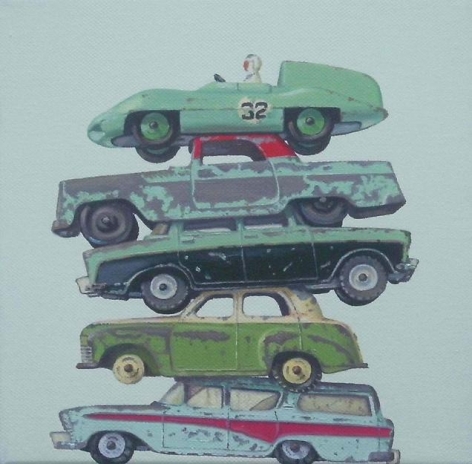 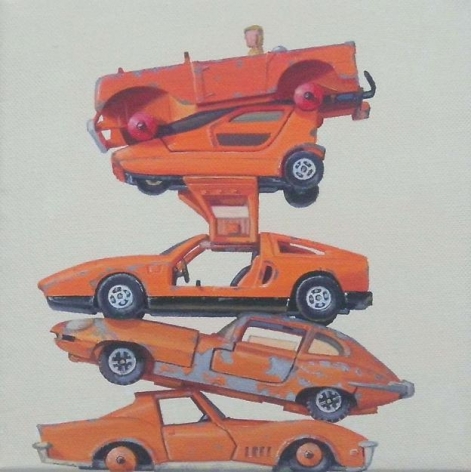 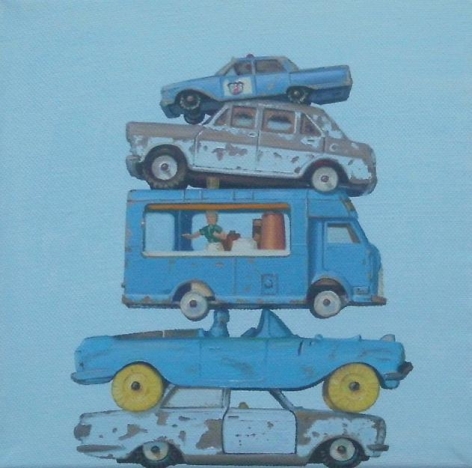 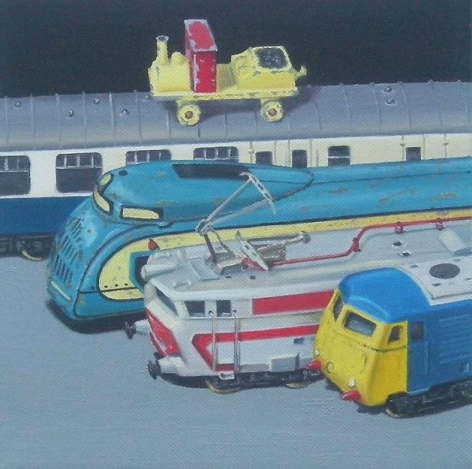 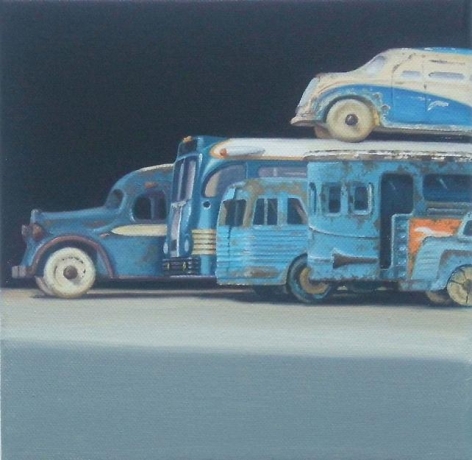 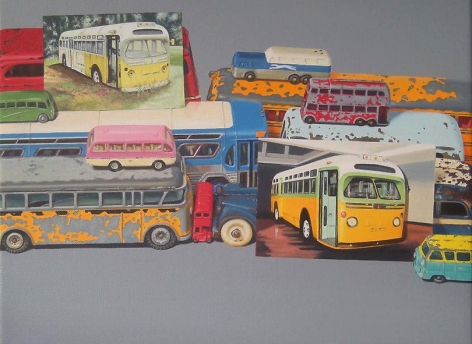 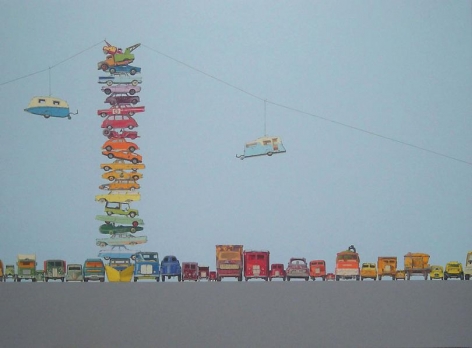 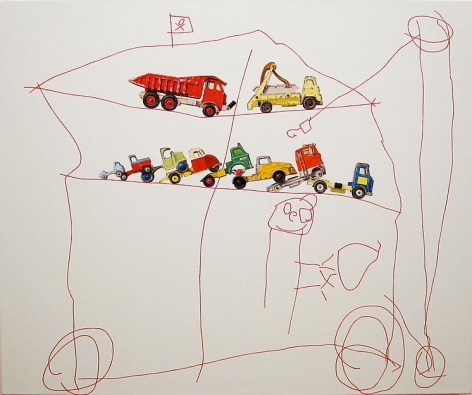 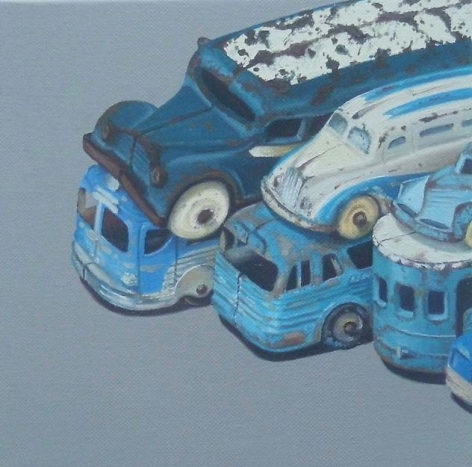 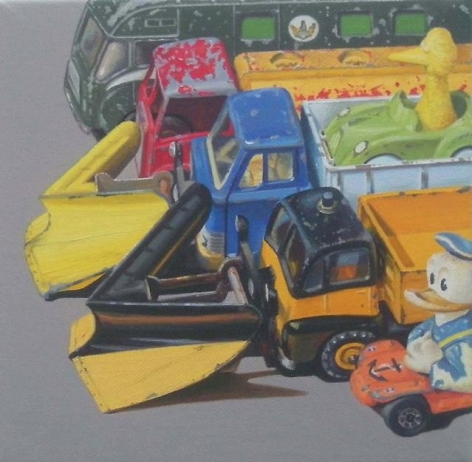 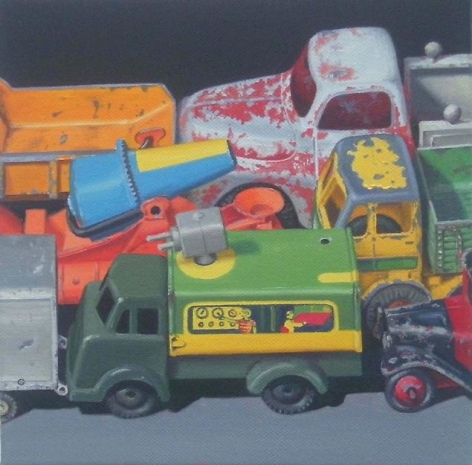 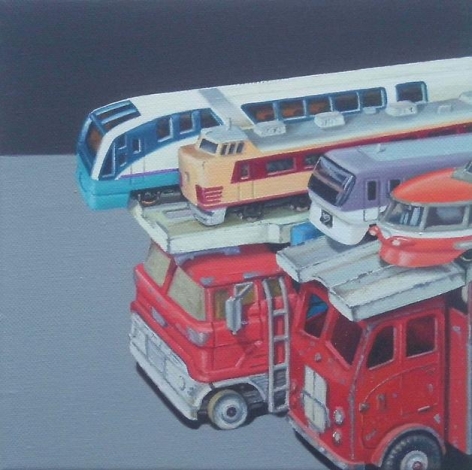 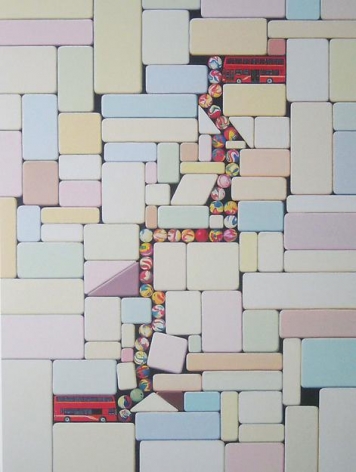 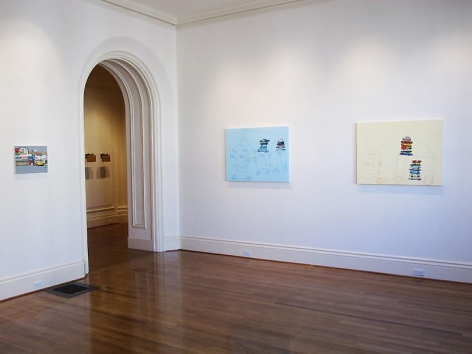 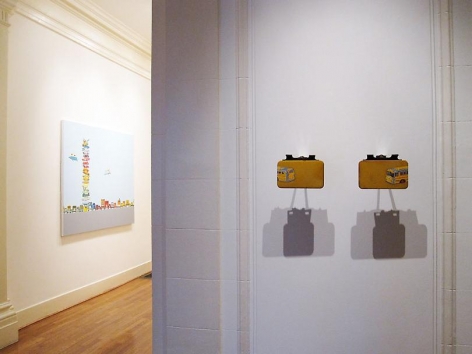 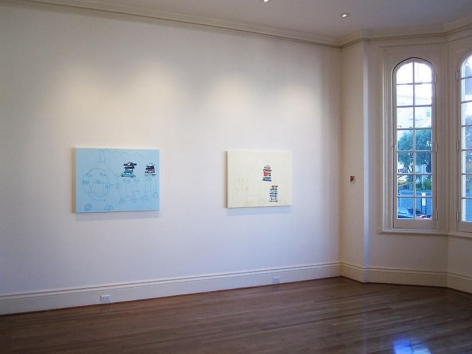 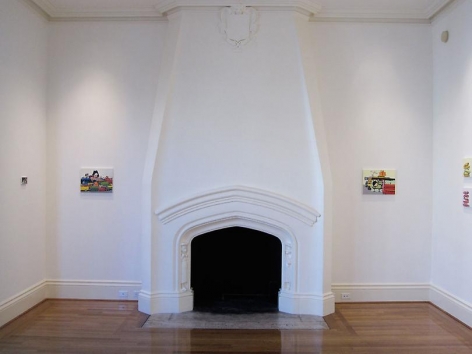 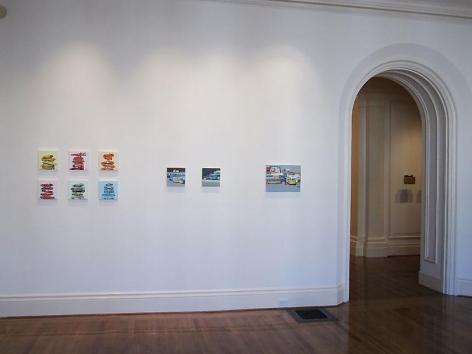 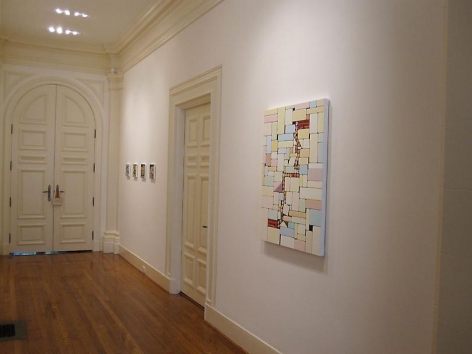 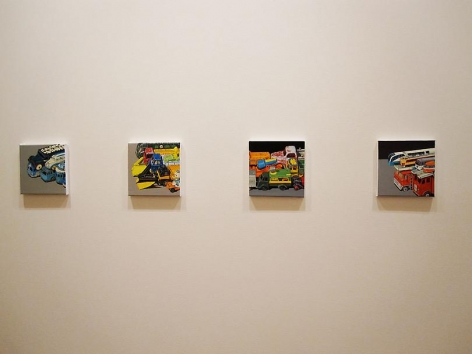 Anthony Meier Fine Arts is pleased to present an exhibition of new work by London based painter Jeremy Dickinson.  In his fourth exhibition at the gallery, Dickinson maintains his documentarian focus on transportation while infusing his practice with new dimension, palette and subject.

Displaying a group of miniature paintings (most 4 x 6 inches) that focus on details of elements fully seen in larger works, Dickinson shifts his vantage point from the overall to the specific.  This honing in on the minutia furthers Dickinson’s already precise practice and reveals the interest and beauty in oft overlooked details.

The exhibition debuts a new series of works known as the ‘Nico’ paintings - collaborations between Dickinson and his four-year-old son.  Collecting Nico’s vehicle and train drawings, Dickinson transcribed and enlarged a selection to become transporters of his own toy vehicles.

While a surface glance renders Dickinson’s subjects static, much of his oeuvre is garnered from the tapestry of his own life.  The autobiographical tone runs from the understated to the overt.  Toys belonging to his father, himself and now his own children are shown in still life.  Nico’s drawings appear front and center.  Dickinson’s childhood scapbook is culled source material dating back to when he was Nico’s age.  There is a consistent historical representation of Dickinson’s family, past and present, and the timeliness of his subject speaks to young and old alike. 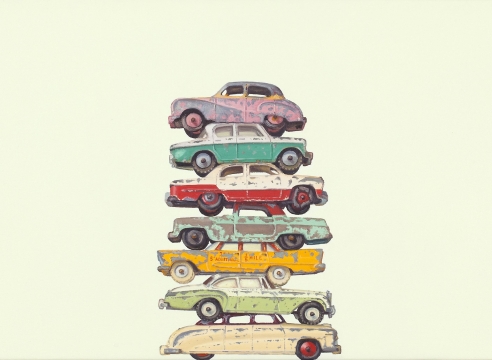