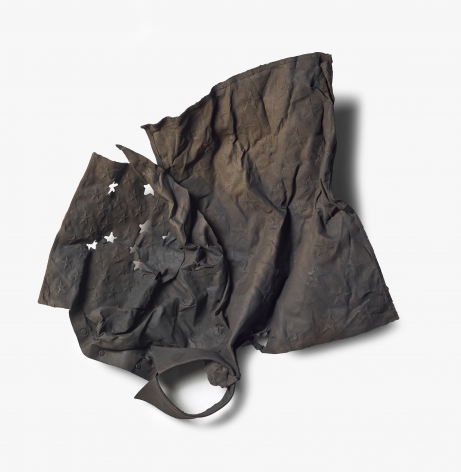 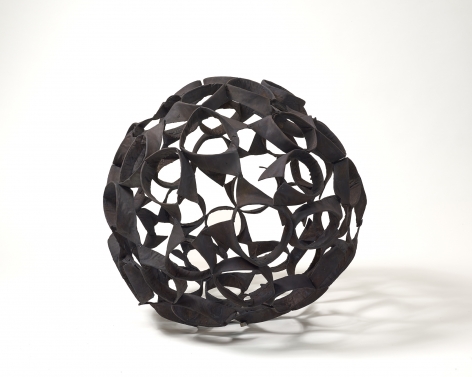 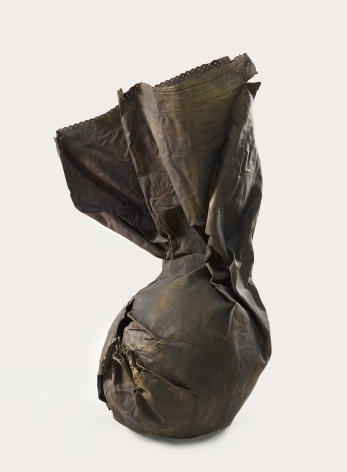 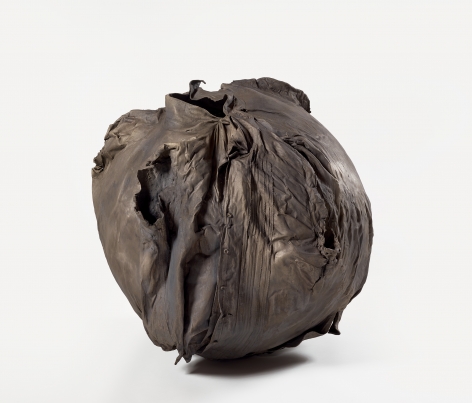 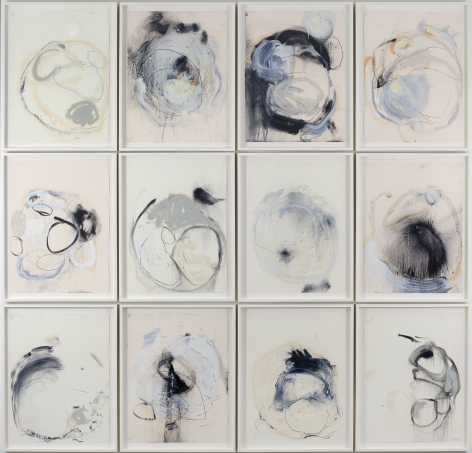 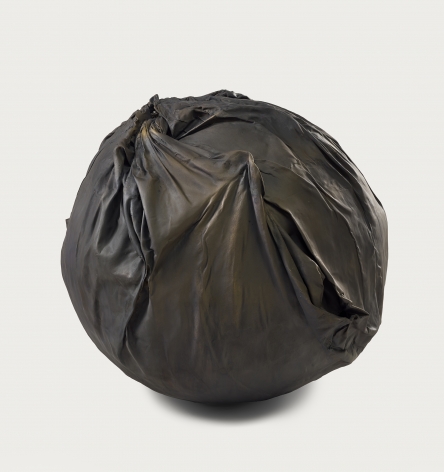 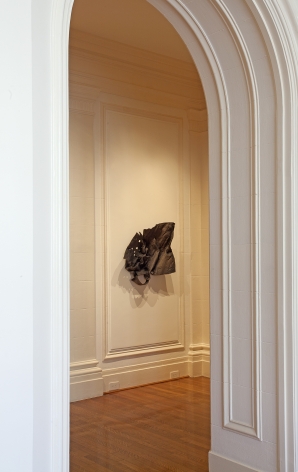 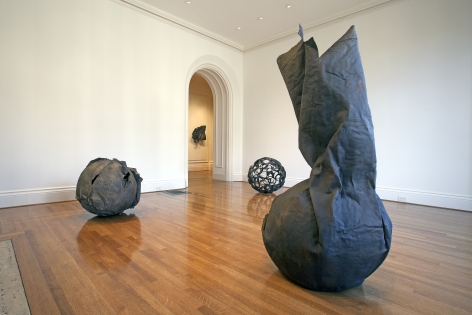 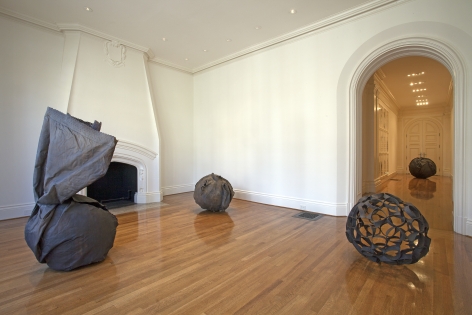 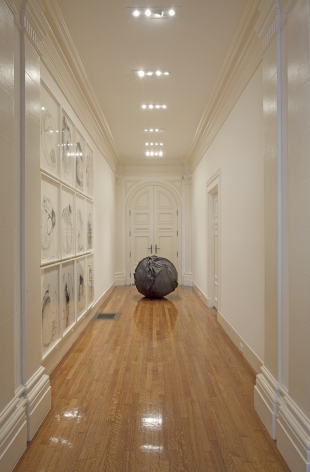 The exhibition consists of a set of twelve drawings titled ‘How to Draw a Circle II.’  The set is an exploration of the question as opposed to a proposed answer.  The serial nature of the drawings allows for dynamic variations from whispering marks to more aggressive gestures emphasizing drawing as an act as much as an object.  The series was started as part of an exchange with the poet Dean Young, 2014 Texas State Poet Laureate.  A call and response exchange, Young wrote a poem in response to Havel’s ‘How to Draw a Circle I.’ The set on view is Havel’s response after receiving Young’s poem; the set gives greater emphasis to the sequence of drawings in response to the circular walk presented in Young’s prose.

The bronze sculptures exhibited extend the question presented in the drawings from circle to sphere.  Each work begins as a repurposed domestic fabric.  The cloth is then recycled from its original material and use to bronze without losing evidence of its previous identity.  The final sculptures reflect the physical act of shaping the malleable fabrics into a sphere with the wrinkles, tears, stitches and folds as evidence.  The ensemble of individual spherical sculptures associates to planets and moons, brought tangible to earth by their human scale and source.

Joseph Havel has been the Director of the Glassell School of Art, Museum of Fine Arts Houston, since 1993.  During that time he has also exhibited widely throughout the United States and Europe, with solo museum shows at The Laumeier Sculpture Park, St. Louis; The Museum of Fine Arts, Houston; Palais de Tokyo, Paris; The Center for Contemporary Art, Kiev; The Huntington Beach Art Center, California; and The Dallas Contemporary.