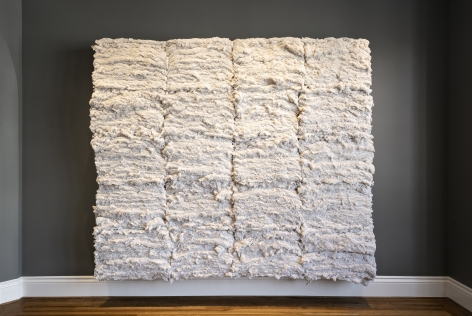 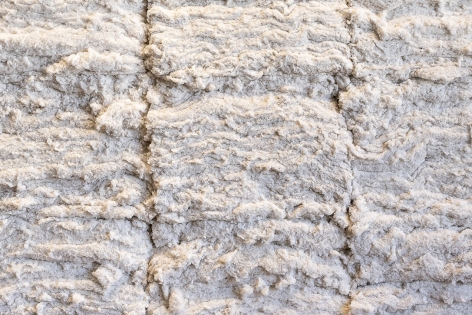 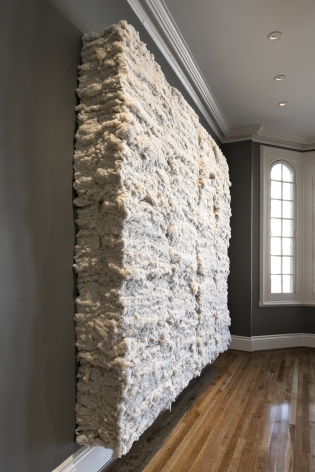 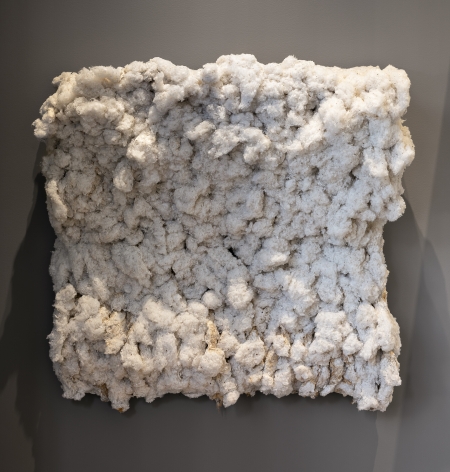 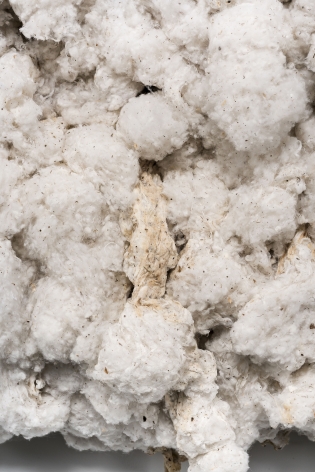 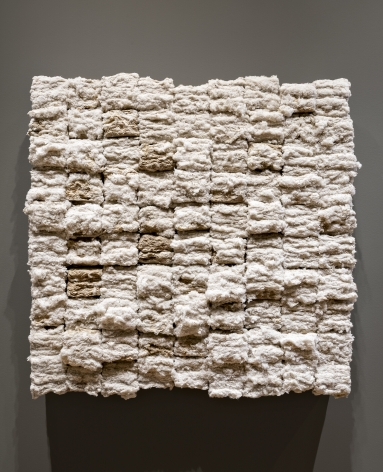 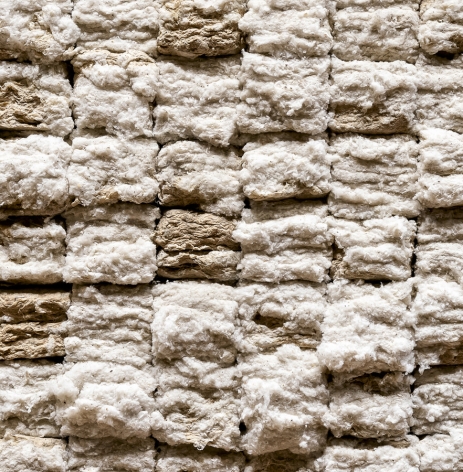 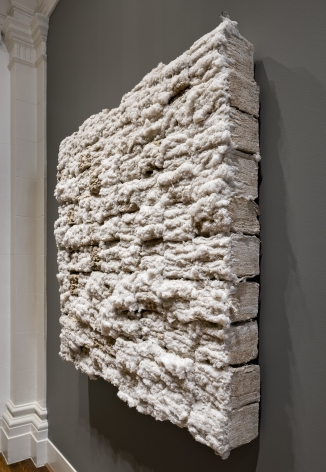 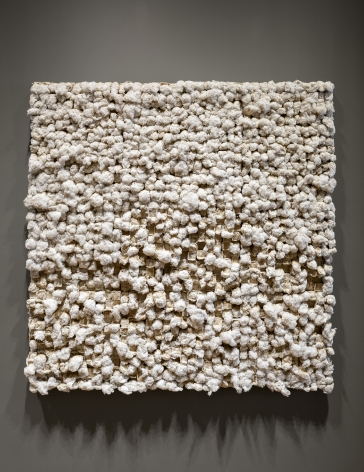 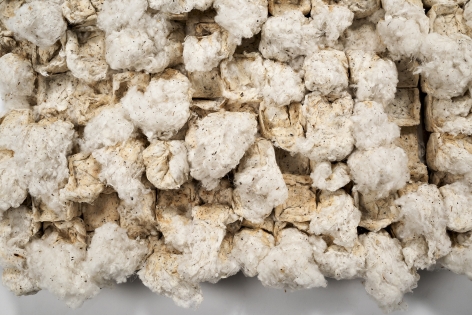 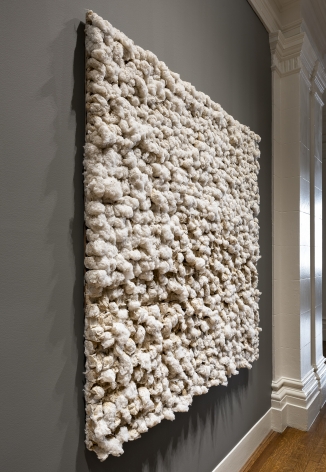 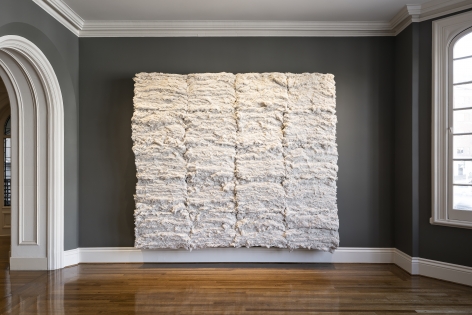 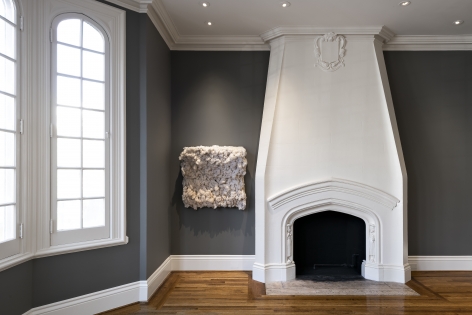 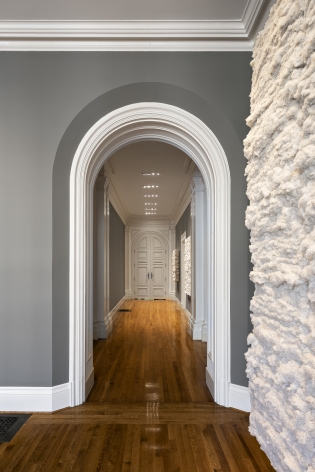 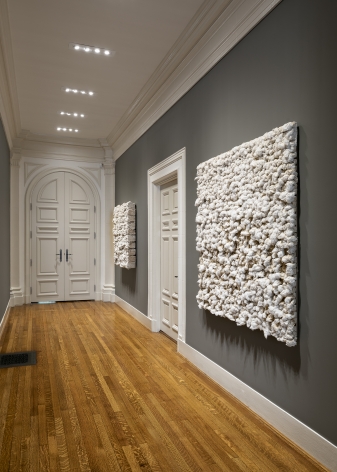 In a departure from his expressive wood sculptures, Drew presents a body of work made entirely of cotton. A nod to his monumental sculptures of the early 1990s, the four works that comprise the exhibition exemplify his lasting commitment to the grid-like form while showcasing his adeptness in a varying range of scales.

In a not-so-subtle reference, Drew has returned to cotton – historically the product of America’s slavery past – at a time when our nation is once again negotiating the implications and reality of racism past and present. 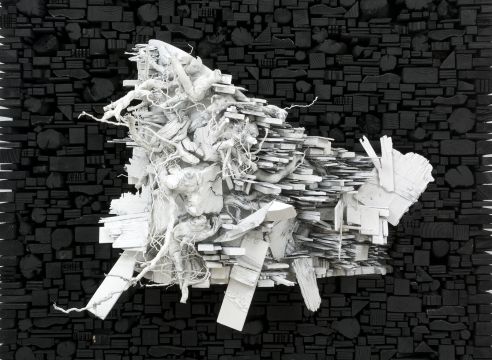