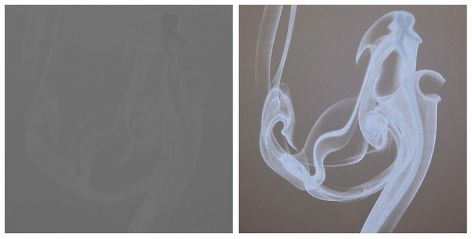 Oil and acrylic paint on canvas 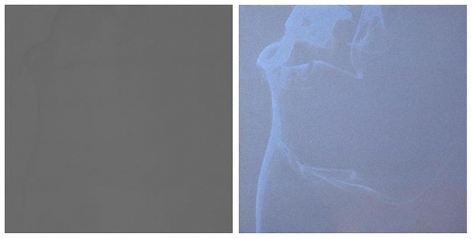 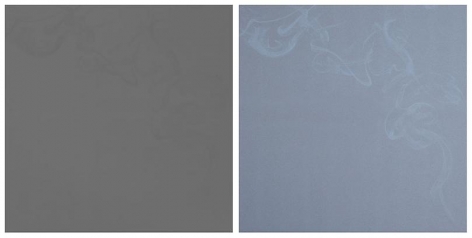 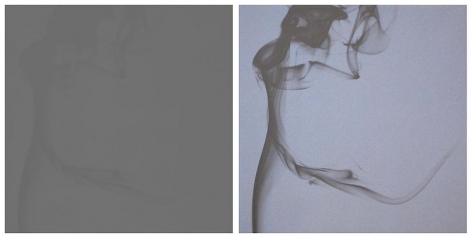 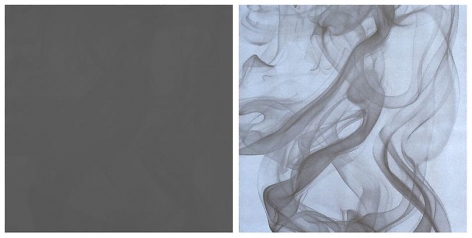 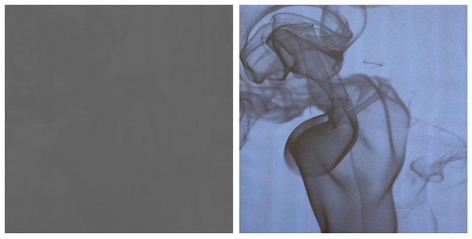 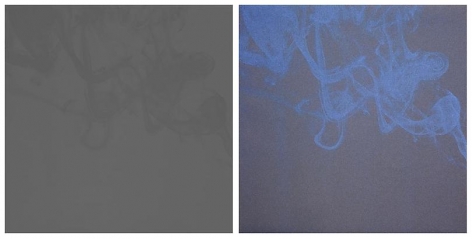 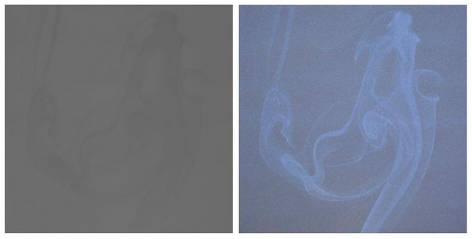 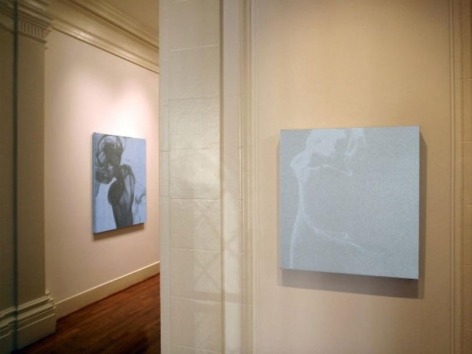 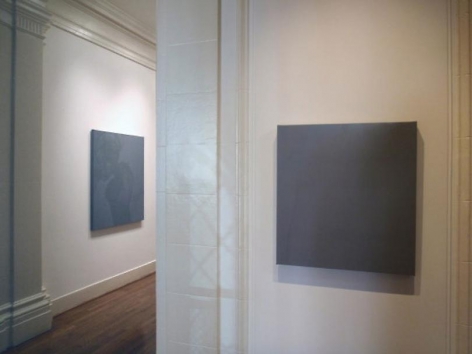 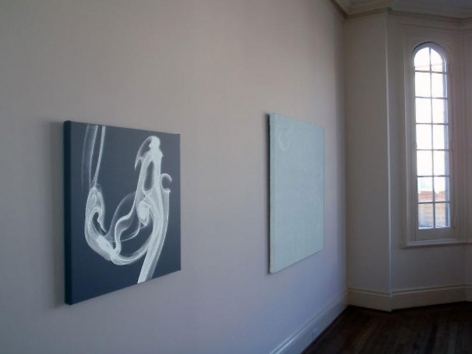 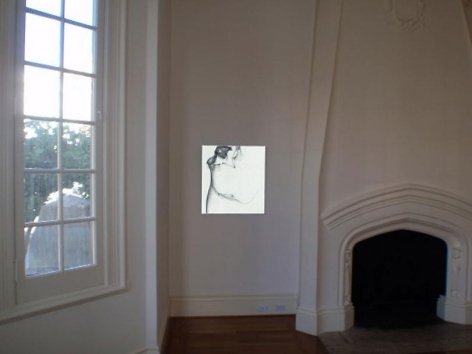 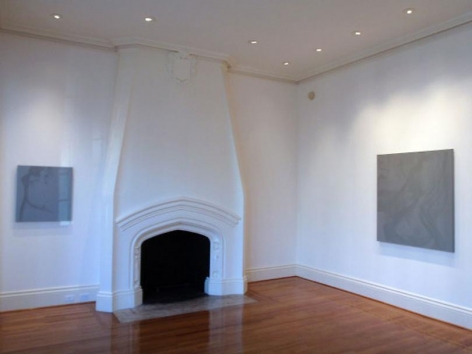 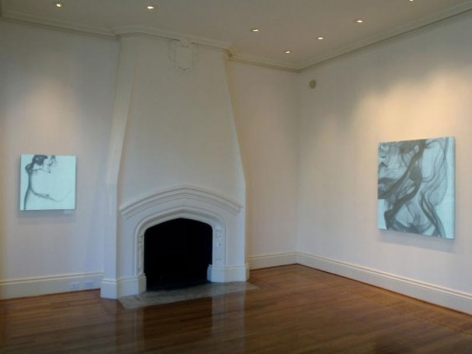 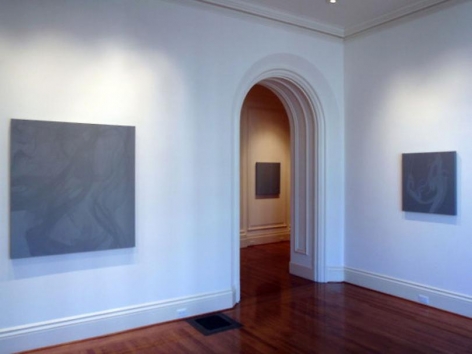 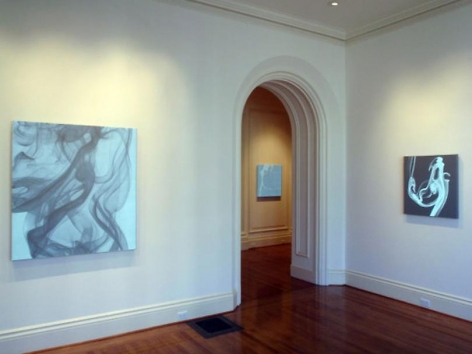 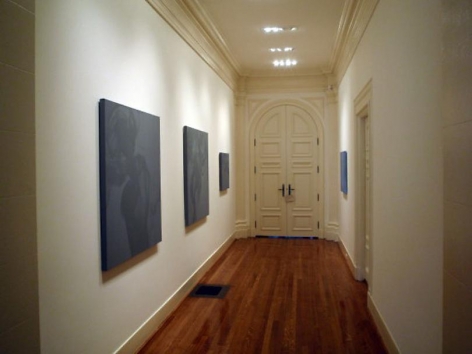 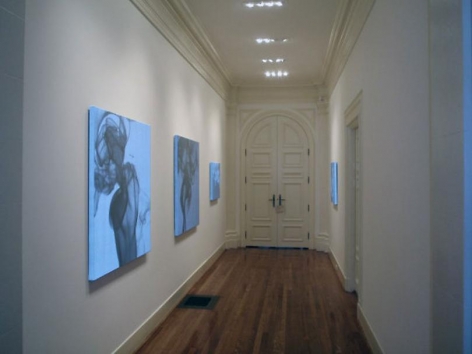 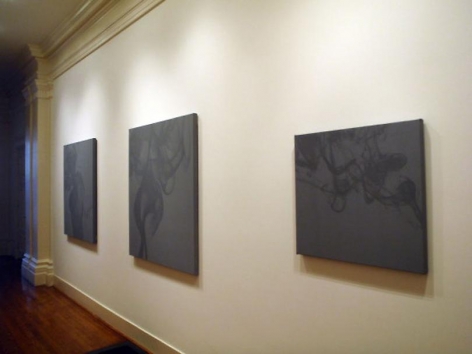 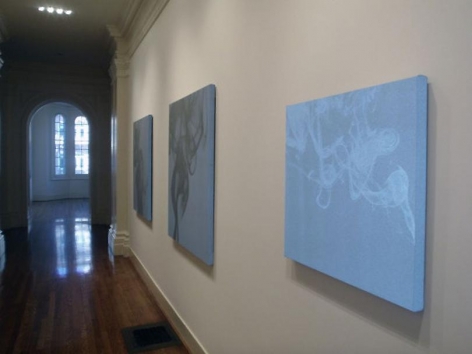 Eighteen months ago, Robert Beck initiated an artistic transformation to Robert Buck.  The choice to re-inscribe his name signifies not only a shift in identification but of emphasis, most notably the centrality of autobiography.  While practices begun as Beck continue to evolve, including his distinctive utilization of new materials, Buck’s vocabulary has expanded beyond his own past.  His new series on view at Anthony Meier Fine Arts, iPainting, are traces of this shift.

With references to abstract expressionism, surrealism, conceptualism, Op Art, and color field painting, a defining point of Buck’s iPainting series is what is not visually apparent.

Technically, iPaintings are silk-screens done in two passes.  The base screen is a uniform field of Alert paint – an oil-based industrial paint that includes miniscule glass beads normally used on airplanes, road pylons, tennis shoes, etc., which leaves the final surface matte yet highly reflective.  The second, top screen is a photographic image of smoke, purchased from an online stock site, done either with Alert or acrylic paint.

When illuminated directly by a bright light (i.e. headlights, a camera flash) the vague smoke image rises instantaneously to the surface of the painting, creating a gauzy veil-like appearance in the foreground and, via the reflectivity of the Alert paint, a bright, silvery and iridescent background.  While the visual effect of the Alert on Alert paint is ghostly and ephemeral, the acrylic on Alert is silhouetted and dusky.

Ultimately, the iPaintings are as variable as the light that hits them, shifting throughout the day, and the number of sightlines from which they are seen.  They reflect on time and space, marking duration and distance.  They obscure beauty, yet embody it.  And though they can be described by the duality of their nature, in actuality they are much more ­– a verse reminiscent of ineffable things.